This weekend’s election in France suggests that the French electorate may have a firmer grasp on sanity than those in the UK & US.  A recent article in Automotive News, however, suggests that they have a firm grasp of marketing fundamentals as well.  Like a latter-day Alexis de Toqueville, it might have taken the French to reveal something about America that we Yanks didn’t know ourselves: how to sell pickup trucks.

Lafayette, we are here, y’all

Nissan, which is owned by Renault plans to launch its heavily revised pickup truck one region of the country at a time:

The automaker is focusing its marketing and distribution efforts for the Titan on just four U.S. cities — Dallas, Houston, Phoenix and Salt Lake City.
“We’ve concentrated on only those markets at first,” said Christian Meunier, Nissan North America’s senior vice president of sales & marketing and operations. “And once we’re satisfied that we’re where we want to be in those markets, we will then move to our second phase.”

You could argue with kicking off in the Mecca and Medina of pickup trucks, Dallas and Houston; it might have made sense to build up to these key markets rather than to start in them.  However, give the French some credit for taking on the most notoriously loyal vehicle segment in a strategically sound manner.

END_OF_DOCUMENT_TOKEN_TO_BE_REPLACED

The other day, I took a look at a marketing program that a client considered underperforming.  As I began to investigate, I realize that my approach resembled something I learned 25 years ago in a completely different place, the oil-slicked, unheated garage of my high school’s auto shop classroom. 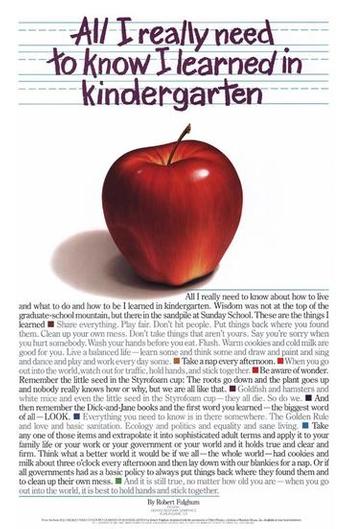 As I looked at the components of the program, I realized that I didn’t know exactly what to look for, but instead, I knew I would find it if I kept looking for it.  In broad terms, that approach applies both to marketing programs and to balky lawnmower engines.  END_OF_DOCUMENT_TOKEN_TO_BE_REPLACED